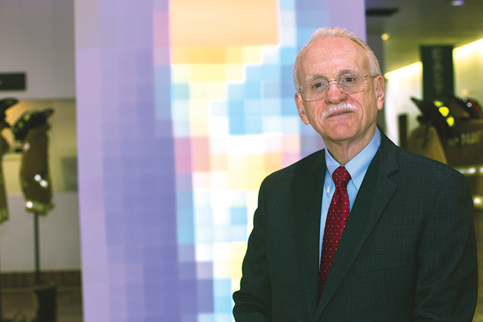 Shortly after the forced closure of the coronavirus pandemic in Miami-Dade in March, the district Department of Cultural Affairs began sending artists and organizations monthly surveys to determine how deeply the sector was suffering.

Not surprisingly, the toll was high. By July, individuals and groups together had reported lost revenue of nearly $ 100 million, affecting about 16,000 jobs.

It is a significant hit for a $ 1.4 billion local industry that includes museums, theaters, festivals, events and entrepreneurs and supports about 40,000 jobs, according to recent data from the county.

“Everyone said it had a tremendous impact on their business,” Cultural Affairs Director Michael Spring said.

To survive, the arts and culture community had to make major changes, reduce numbers to better cover costs, and shift to networking activities, where possible, to continue connecting with audiences and supporters.

Some show recordings of past performances. Others commissioned new work specifically for digital dissemination.

One such example is the Miami-Dade Cultural Arts Center in South Florida, which has been broadcasting newly commissioned music, dance and theater works on Facebook every Thursday since 7pm since early May.

The series, titled “Sessions: Virtual Cabaret,” features five to ten minutes of videos of artists performing in their current, isolated environment. Eric Fliss, the center’s executive director, said the idea was to give viewers a different view of artists they might have only ever seen on stage.

“I don’t want old recordings of them performing in the theater,” he said. “I want to see them do their art at home.”

“Sessions”, which ends this month, is open on invitation only to artists who have previously had connections with the center. The performances are archived in the gallery on the center’s website after being streamed on a social media platform.

Although Mr. Fliss declined to say how much the center pays artists for guesting on “Sessions,” he confirmed that this is a flat rate per performance, regardless of the number of performers in the video. To further help artists make ends meet, he said, the stream includes a jar with “virtual tips”.

“If they have PayPal, Venmo or one of a million other ways people can get money now, we’ll put it at the bottom of the screen, and the people who can donate to the artist in it,” he said. “To this day, people still receive small donations through the gallery we created on our website.”

Many other organizations have also become virtual. The Adrienne Arsht Center for the Performing Arts has a “very sophisticated digital platform,” Mr. Spring said.

Culture Shock Miami, which provided event tickets to high school and college students before the pandemic, has turned its website into a platform that displays a virtual program.

“As long as it’s available online, we’d love to hear about it!” stands on the home page of the group.

GableStage at the Biltmore Hotel, like the South Miami-Dade Center for the Cultural Arts, has commissioned a new work that will premiere on its website each week. The nonprofit hired playwright Margaret Ledford to curate the series, titled Engage @ GableStage.

“As you can imagine, it’s a nervous business,” Mr. Spring said. “Everyone tries to talk to their audience and engage them with the artistic experience they’re known for.”

The Miami City Ballet has canceled all scheduled performances this season, but as CEO Tania Castrovedre Moskalenko told Miami Today last month, the organization is “reimitating” the season with new digital performances and outdoor performances.

These organizations and about 55 others, including the Deering Estate, Fountainhead Residence and Studios, the HistoryMiami Museum, the New World Symphony, and O, Miami, have joined forces on the new MiamiArtStrong.org website.

The Greater Miami Convention and Visitors Bureau has also thrown its weight on this topic, and it contains related materials on its website.

Meanwhile, some art organizations have physically opened up with limited capacity, including the Frost Science Museum, the Vizcaya Museum and Gardens, the Institute of Contemporary Art, and the Rubella Museum. Vizcaya is seeking public donations. The institute, which reopened this month, has since sold out its timed tickets.

The Department of Cultural Affairs also helps connect artists and art organizations with vital financial resources. In late March, when Congress passed the Care Act, the department advised groups to continue allocating the funds available to them, including through the Salary Protection Program.

A month later, through a resolution by Eileen Higgins, commissioners also launched an art support program in Miami-Dade to secure grants of $ 5,000 to $ 15,000 with $ 10 million set aside from the Cares Act. Artists, creatives and cultural workers could ask for $ 500 per program. The application deadline was August 31st.

Mr Spring said the county had received about 250 requests for funds that could be used for business interruption costs, covering overhead costs and for reopening preparations. And it’s time for the facilities that manage the facilities to start preparing for the return of visitors, he said.

“You might want to do things that are so obvious like installing sneezing screens for ticket booths and concessions, turning faucets in bathrooms into intact, or setting up disinfection stations in your building,” he said.

The money can also go to help art and culture companies move on to further online programming.

“If an organization needs to upgrade a computer, buy a video camera or subscribe to a streaming service, this Money Cares Act can help them turn into a network or virtual one,” he said.

That should help artists and organizations stay afloat next year, Mr Spring said, but in the midst of pulling public dollars from all directions, art groups need to plan what is likely to be a slow return to normal.

“Restoring self-confidence will be crucial, so they think it’s a safe experience,” he said. “You also can’t get out of this as if nothing happened and continue things at a normal level. You need to adjust them to the size of the public capacity to participate. This is a bit unknown at the moment, but it is important that art groups think about it and monitor how the health situation develops. “