David Martin: Leads Terra to develop projects based on community... 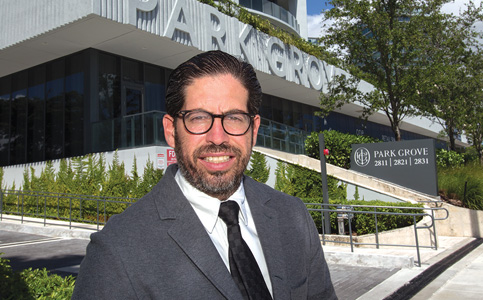 David Martin wants to build better neighborhoods. His company Terra has developed more than 5 million square meters of residential, commercial and mixed projects. There are about three million square feet on the road, which adds more than 8 billion dollars to the property portfolio.

In the 20 years since he co-founded Terra with his father, Pedro Martin, the company’s goal has shifted from a traditional development approach to a focus on neighborhood strategies – assessing needs in a particular area and then filling those gaps in a smart way. for the wider improvement of the community.

Terra went to submarkets such as Doral, Miami Beach, Pembroke Pines and more than a dozen other areas and found needs for industry in one pocket of the city and for family apartments, food, retail, housing and other projects elsewhere.

In Coconut Grove, where the firm is now headquartered, Mr. Martin and his team saw an opportunity to build and sell residences to empty nests in search of safe, walkable city apartments with localized services.

“That thesis has proven itself,” he said. “We’ve executed several successful housing projects that have created a new community of higher purchasing power in the commercial district.”

The company recently opened at Grove Central, which will have a 23-story residential tower with 402 multifamily, work and shared units, a public garage space with 1,250 spaces and 170,000 square feet of retail space.

The project is being built next to Coconut Grove Subway Station, and will include improvements to the station and connections to the Underline Linear Park, Metroba, and Miami City’s wheelchair network.

Other similar and very different projects are also underway. The passage between all of them, he said, is a winning formula in which Terra invests in neighborhoods, and the payoff brings both the company and the community.

“Our goal is to see how we can tackle capitalism to address some neighborhood needs,” he said. “We strive to bring the community together to make progress and change in a responsible way.”

To read the full article and the rest of Miami Today, subscribe to e-MIAMI TODAY, an exact replica of the printed edition.